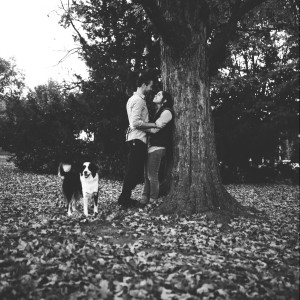 I feel guilty and non-spiritual for making this confession, but here it is: I haven’t been very reflective during this season leading up to Easter.

I haven’t spent time meditating on my sin or my personal need for Christ’s work on the cross.
I didn’t do a devotional plan during Lent that prepared my heart for Easter morning.
The first time I opened up to the Easter story was this morning before church.

I thought often about how I should be doing something more intentional – something to make this season more meaningful. I don’t want to cheapen the significance of Easter into a holiday with a special church service then rushing home to stick the ham in the oven. And while I don’t want to claim that I am more busy now than normal (busy is not an excuse), my mind has been fairly consumed with the home buying process and preparing to close and move next weekend.

I struggle with the road to my heart going through my head – that is, I have a tendency to sometimes think more logically than emotionally about the world around me. I certainly have my sentimental streaks, especially when talking about my stud of a husband. He is really good at the “feeling” stuff, and while I tease him for being overly sappy, my romantic heart bursts that he feels that way about me. I just don’t do a great job of externally communicating my own sappy desires.

And this year with Easter, I have been much more focused on the logic of the holiday rather than the personal feeling of what Jesus’ death and resurrection means. Yet this morning, the roadblock between my heart and my head was removed as I read through Luke’s account of the Easter story before church. God is so good to meet me in those intellectual desires and pursuits, and when facts click together for me, my heart swells up with joy in response to how cool God is.

I read past the part where the women find the empty tomb to the story of the road to Emmaus. Two men are walking seven miles and discussing the current controversial events in town when Jesus shows up (unbeknownst to them) and walks with them. He feins ignorance and lets them re-tell the story of what has happened, then allows them space to confess their confusion that, after the women came back telling about their encounter with the angel, “Some of those who were with us went to the tomb and found it just as the women had said, but him they did not see” (Luke 24:24). It’s as if they are saying they were struggling to believe as clearly as the women did because they didn’t get to see what the women did. Jesus affirms their struggle to believe by addressing them, “O foolish ones, and slow of heart to believe all that the prophets have spoken!” (Luke 24:25)

These two men were having difficulty reconciling all that they had seen happen over the weekend, and while Jesus calls them out on that unbelief, he takes the time to explain to them all that was prophesied and all that was promised. He wants to help them believe! During the meal together, Jesus breaks the bread and blesses it, then reveals His identity to the men just as He vanishes from their presence. 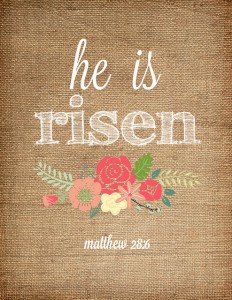 The part that grabbed me, though, was their response as they realized who had been walking and talking with them all day – they ran to Jerusalem, found the disciples, and proclaimed, “The Lord has risen indeed!” (Luke 24:34)

This simple phrase is repeated all around me and even voiced by me during this weekend each year, but knowing that it was their proclamation of faith gives a new weight to this statement.

He has risen indeed. We didn’t understand, and it seems incredible, but we now believe Jesus is risen. We wrestled with the facts but we heard all of the prophecies and we see that Jesus came to fulfill them. He is alive!

I believe that He died for my sins, taking punishment I was meant to take, to provide me with redemption I couldn’t earn. But beyond that, I believe that He conquered death and still lives! He is risen, and because of that sacred weekend, I can experience His grace in a loving, unconditional relationship.

So as you finish off that leftover ham and say goodbye to friends and family, take a moment to think about the confession you are making as you call out, “He is risen!”

He is risen indeed.